America’s health care crisis looms large as the 2008 election approaches. If policy-makers want to solve it, they’ll first have to change the way they debate the issue.

When Matt Ferguson stole the ball and sped down the court in a recent city-league basketball game, his decision as he neared the other basket said more about health care economics than the state of his game.

With only one defender to beat and a size advantage, Ferguson nevertheless stopped his dribble at the top of the key and pulled up for a jump shot. The ball clanged off the rim as time ran out in the half and he walked back over to the huddle.

Ferguson threw up his hands, “I don’t have insurance man! I can’t afford to get fouled and tear up my knee or break my ankle.”

Ferguson is a healthy, active 23-year-old male. A part-time student at the local junior college and a seasonal firefighter, he is one of more than 45 million uninsured in America. For the uninsured, preventive and compromised care is a fact of life, whether it entails split-second decisions on the basketball court or rationing expensive medications.

Between the ballooning number of uninsured and rising costs, patients, politicians and physicians are all clamoring for an answer to the country’s health care conundrum. Could they be asking the wrong questions? 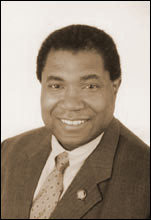 If you’ve turned on your television this year, you’ve probably been treated to a landslide of presidential candidates touting their health care proposals followed by “expert” analysis and critique of each. And in each instance, the debate generally follows the same, tired lines: “Socialized Medicine” vs. “Market Free-For-All.” But for something as complicated as health care, a service that involves myriad interested parties, peculiar market dynamics and unique consumer behaviors, can the issue really be broken down into two fundamentally opposed camps?

“It’s totally the wrong way to talk about it,” says New Jersey Assemblyman Herb Conaway, a licensed physician and chairman of the National Conference of State Legislature’s Health Committee. “We’ve got to stay out of that rhetorical box in which people frame the debate based on the extremes. If we’re going to talk about health care, we should be talking about our underlying principles and our national philosophy. Do we think health care is a right?”

Dr. Scott Atlas, Hoover Institution fellow at Stanford University and a lead health care advisor to presidential candidate Rudy Giuliani agrees—with a caveat. “What tends to get lost in the shuffle is what currently exists in the United States; it’s not a free market. Nobody wants a market free-for-all, but we’ve got to be careful of third parties encroaching on the doctor/patient relationship.”

Obviously, the health care debate has traditionally been argued at the rhetorical margins, where little gets accomplished. The practical results of the policy sclerosis have been staggering. The 45 million uninsured Americans are just a start; even those who have insurance have felt the squeeze. In a growing trend, more than 27% of physicians report that they are not accepting new Medicaid patients and 41% are turning away new capitated privately insured patients. What’s more, 12 to 14% aren’t accepting new Medicare and non-capitated privately insured patients.

Finally, there is the issue of cost. United States devotes 15% of its GDP to health care, about five percent higher than other industrialized western nations. With a GDP of $13.13 trillion, you would assume Americans’ would be the healthiest people on the planet. But are they? Judging by infant mortality and life expectancy, two of the standard metrics used by organizations like the OECD to measure health care efficacy, Americans could certainly be receiving more for their dollars.

“These figures totally obscure the real data,” says Atlas. “If you look at survival rates from serious disease—lung cancer, colon cancer, breast cancer—the United States is far superior to any other nation. When you’re sick, you definitely want to be in the United States.”

You definitely want to be in the United States, but only if you can afford the insurance premiums, deductibles and out of pocket expenses that come along with a major illness.

“The debate ultimately comes down to values,” says Dr. Paul Newacheck, Professor of Health Policy and Pediatrics at the Institute for Health Policy Studies and the Department of Pediatrics at UCSF. “It’s not about which plan is more efficient or which one covers more people; it almost always boils down to ideological battles about the role of government in peoples’ lives.”

At a systemic level, however, most health care issues fall into one of three categories: cost, access and quality/innovation. It is difficult to show significant improvement in each area simultaneously; each side of the equation generally steps on the other two as it climbs the ladder. Newacheck offers an appropriate analogy. “Health care is like a balloon,” he says. “If you squeeze one part of the problem, it just expands in another area.”

Cost and innovation are two areas well served by the U.S. economic model, as Atlas notes. But the concept of access touches the country’s social principle equality. And while our national devotion to free markets remains as true today as ever, our dedication to social equality may be considered suspect. “I’m not sure how strongly held the national belief in equalitarianism actually is,” says Conaway. “Given the inequalities we see throughout our society with respect to education, housing and wealth, you might say that what we’ve done with health care is perfectly consistent with what our society permits in many other areas.”

Lisa Marrache, a New Jersey state senator and practicing family physician, says that arguments over the particulars take away from legislators’ focus on achieving greater access. “It may be a blend of free-market principles and government action,” she says, “but we need to discuss what we want before we argue about how to get there. I don’t think you can really grasp the magnitude of the problem unless you’re in a room listening to patients day after day.”

Breaking down a broken system

For steadily employed individuals with access to a solid health insurance policy through their jobs, access to health care is a virtual non-issue. For those without insurance, a bad fall or a chronic disease can lead to ruin. But who are the uninsured in America?

Most of them are young, poor, minorities or some combination of the three. Out of this group, some simply can’t afford insurance. Some people, especially young adults, can afford it but choose not to buy it based on their good health and willingness to take a risk. Two other groups of uninsured individuals round out the picture: those with employer-based insurance who lose their job and are unable to afford COBRA payments, and those with pre-existing conditions who are effectively black-listed from private insurers seeking to minimize their financial outlays and future risk.

Presidential candidates and health care activists have offered dozens of plans to stem the tide of uninsured in America. Some involve government-provided coverage or direct subsidies (aimed at group one), health insurance mandates for individuals (aimed at group two), and broad systemic retrofitting to allow insurance portability in the event of job loss or a career change. Others have promoted plans that focus on market-based mechanisms in order to achieve the same results.

Atlas proposes two types of individual empowerment that could lead to better patient outcomes and lower health care prices: informational empowerment and fiscal capacity. Because patients don’t know their doctor’s qualifications, their hospital’s patient outcomes or the cost of their medical care, the market for health care is currently distorted. Liberate that information for the consumer, he argues, and competition among health care providers will drives costs down and accessibility up. Conaway isn’t so sure.

“Health care does not have the same supply/demand curve as other products,” says Conaway. “When people are sick or injured, they want their need satisfied to the fullest extent that they can. There’s too much trust and humanism in the issue of health care to reduce it to numbers on a page. Having said that, I do think that as patients are informed, they will be better able to work with their health care providers in concert.”

Regardless of the tactics our policy-makers choose to deal with our health care crisis, the problem’s complexity is undeniable. Interested parties include physicians and nurses, hospitals and clinics, pharmaceutical companies and pharmacies, malpractice lawyers, insurance companies and investors, poor sick people and rich sick people, healthy people concerned about sickness and others on the road to sickness via their lifestyles.

How can we begin to synthesize so many competing interests? “We need to start putting the patient first,” says Marrache. It sounds like a platitude, but Marrache is hitting a note that too many experts and analysts often miss. What does it actually mean to put the patient first? One could argue that putting the patient first would involve a greater focus on preventive care and an all-out assault on obesity and smoking, two conditions that contribute overwhelmingly to the incidence of chronic disease—and high health care costs—in the United States.

America’s health care crisis was not borne of a single calamitous event, and it will probably not be solved with one legislative act or presidential campaign promise. Yet policy-makers have to start somewhere. As Conaway notes, “If we can agree that health care is a right, then government certainly has a role to play in ensuring that the right is not abridged.”

Whether that means that the solution to the problem is governmental or extra-governmental is another question entirely, but by breaking the issue down into manageable sub-sections, policy-makers may have a better shot at success. And with a sound foundation based on the country’s social and economic principles underpinning the debate, interested parties may find it easier to leave the extreme margins of the argument in order to pick the low-hanging fruit at the middle.

If they don’t, the prognosis for sustainable reform will remain poor.

The question regarding the health care system has component failing parts involving the consumer, provider, and insurer, if there be one. It is a given that many families are one serious health care crisis removed from ruin. I am not one that believes Hillarycare is the answer, though. I would not want to be a consumer of health care in Great Britain or Canada.

The solution is a combination of a base level of coverage all should carry - either through tax incentives for the less well off and taxing employer paid health care (beyond a certain level) along with Health Care Savings Plans similar to what we have implemented in our city. Insurer paperwork adds billions to the cost of care including the money spent by the major purveyors and the cost of compliance by physicians and hospitals. Americans need to take ownership of their health the way they own their other assets. People don't want what they can afford - they afford what they want.